In the spirit of love and concern for the health and safety of our entire Grace Church family, masks are required in the Grace UMC building at all times.
New Winter Office Hours: Sunday 8:30 a.m.-12:00 p.m.; Monday-Thursday 9:00 a.m.-2:00 p.m.; Closed on Friday. 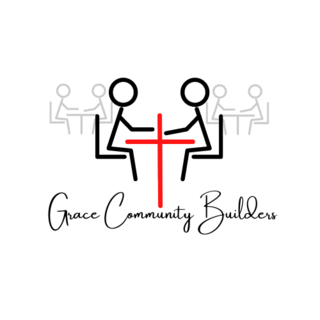 "In a larger church with multiple services, it easy to feel like you don’t know many, or sometimes any, people,” said Pastor Eric Blachford. “Participating in Grace Community Builders [GCB] helps make a larger church feel smaller as you get to know people a little better and they get to know you, too.”

Pastor Eric, a participant in GCB, hit the nail on the head in describing the purpose of this endeavor, established at Grace three and a half years ago by Bill and Linda Fronk.

At their former church in Leawood, KS, Bill and Linda started a similar initiative that continued for 25 years. “We wanted to know the people in the church,” said Bill. “There is more empathy, caring and sharing in the body of Christ when people know each other on a personal level.”

GCB consists of several groups of six people who meet one-on-one once per week with each person in the group at a location of their choice. At the end of five weeks, group members and their spouses or significant others enjoy a potluck dinner together.

Ideally, according to Bill, those new to Grace would join a group consisting of seasoned Grace members. Prospective participants in GCB are invited by designated callers to join a group.

To date, Grace Community Builders has had 140 participants at various times, and more are welcome and desired. The goal is to increase membership and, thus, foster exponential friendships in the church.

“GCB is a fantastic program that offers our members the opportunity to connect with fellow parishioners on a deeper and more personal level,” said Jan Smucker, noting that GCB was particularly helpful in alleviating social isolation during the pandemic.

Said Mike Craig, a participant in several GCB groups, “I had the opportunity to meet people of Grace in a personal and rewarding way.”

GCB groups will resume in February. If you would like to join a group or learn more, contact Bill Fronk at 913-961-2903.